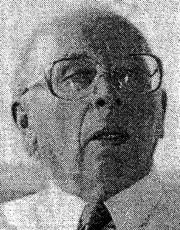 Over 45 papers on electrochemistry; 75 papers on quantum chemistry and over 100 papers on the theory of surfaces and clusters.