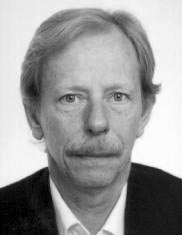 My earliest contribution to quantum chemistry was in p-electron theory. A new parameter scheme was suggested for the PPP model and the method was extended to include also lone-pair electrons and interactions between the organic system and a transition metal.

The ab initioi work started in 1968 and led in 1970 to the development of the direct configuration interaction method (direct CI). Early applications of the new approach included hydrogen bonded systems (the water dimer, malondialdehyde, etc) and weak interactions. In 1980 the complete active space (CAS) SCF method was presented. Development of the methodology and computer software led to a powerful technique for calculations on systems with a complex electronic structure. Early applications included studies of transition metal complexes, excited states of molecules, transition states for chemical reactions, etc. The CASSCF approach was later extended to RASSCF (restricted active space) and was complemented with a state interaction (RASSI) approach for the calculation of transition properties. The CASSCF method was in 1989 supplemented with a second order perturbation treatment of remaining electron correlation effects. The approach has been successfully applied to such different properties as: molecular structure, polarisabilities and other physical properties, electronic spectroscopy of organic, bio-organic molecules and transition metal complexes, electron affinities, etc., in most cases yielding results of high accuracy.