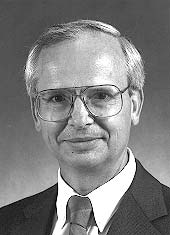 Over 400 publications, including the book, Reduced Density Matrices in Quantum Chemistry, Academic Press, 1976. An autobiography was published as "The right answer for the right answer" in Annual Review of Physical Chemistry, 2019, 70, 1-21.

Ab initio calculations of the electronic and geometric structure of molecules has become a technique of immense practical use to chemists. Professor Davidson has been responsible for a long series of conceptual and algorithmic developments which helped found this field. Of particular practical importance are the following computational developments:
Of even greater importance, however, has been his impact on the conceptual development of this field. For example, Professor Davidson has pioneered developments for the accurate description of spin and momentum distributions, and the accurate description of diradicals. He also has contributed to the understanding of reduced density matrices.