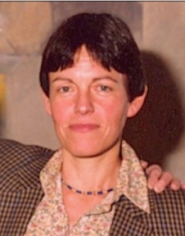 Born June 4th 1949 in Boulogne-Billancourt, a suburb of Paris, France.

Director de Research in the french CNRS (National Center for Scientific Research) Head of the group of theoretical chemistry of the Institut Gerhardt in the University Montpellier 2, France

We have work always in close collaboration with experimental chemists and our work is usually published in collaborative papers. We use computational methods (at the present time DFT and QM/MM methods) for understanding the structures and reactivity of molecules, containing transition metal or lanthanide atoms. We determine the thermodynamic and kinetic factors, of reactions between an organic molecule and a metal complex or metal fragment. We have studied extensively electron deficient transition metal complexes, which are often very reactive and may not be totally characterized by experiments. This includes the prediction of the non octahedral structure of d0 ML6. The experimental determination of the structures of of WMe6 and WH6 has supported the theoretical proposed structure. We have studied the factors controlling the M...H-C agostic interaction and have shown that ligand field, steric factors, alternative weak interactions may play a critical role. We have studied the activation of sigma bonds (H-H, C-H, C-F, Si-H) by various d and f metal fragments. We have shown that remote groups (including the silica supported olefin metathesis catalysts) and outer-sphere ions influence the outcome of a reaction. In all cases, we have looked for an interpretation using concepts familiar to chemists for facilitate the dialog.