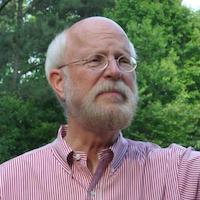 The scope and caliber of Henry Schaefer's applications of electronic structure theory to chemistry are unusual. The work is marked by (a) the use of state-of-the-art theory; (b) a degree of thoughtfulness and thoroughness; (c) a familiarity with the experiments with which the theoretical research is intended to interact. The most visible result of this approach has been the reversal of the conclusions of a number of highly distinguished experimentalists. Subsequent experimental studies have verified controversial predictions concerning the structure and singlet-triplet separation of methylene, the quadrupole moment of ozone, the activation energy for D + HF exchange, and the infrared spectrum of benzyne, to cite just a few of the 175 known examples. Current research often involves much more complicated molecular systems, for example, the cobalt carbonyl, Co6(CO)16. Equally important has been the manner in which work in the Schaefer group has guided experimentalists into new and fruitful directions. A recognised example of "The Third Age of Quantum Chemistry" [Nature 278, 507 (1979)] is the identification of the spectrum of triplet acetylene.