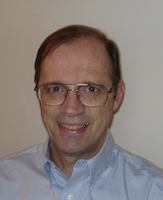 Schatz is a member of the National Academy of Sciences (USA), the American Academy of Arts and Sciences, and he was Editor-in-Chief of the Journal of Physical Chemistry 2005-2019. Awards include Sloan and Dreyfus Fellowships, the Fresenius Award of Phi Lambda Upsilon, the Max Planck Research Award, the Ver Steeg Fellowship of Northwestern University, the Feynman Prize of the Foresight Institute, the Herschbach Medal, the Debye and Langmuir Awards of the ACS, the Bourke Medal and S F Boys-A Rahman Award of the Royal Society of Chemistry, the Hirschfelder Award of the University of Wisconsin, the Mulliken Medal of the University of Chicago, and the Zewail Prize of Elsevier Publishers. He is a Fellow of the American Physical Society, the Royal Society of Chemistry, the American Chemical Society and of the AAAS. He is an Honorary Fellow of the Chinese Chemical Society and of the Chemical Research Society of India.