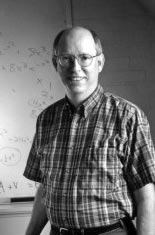 160 published papers focusing on the creation and application of theoretical methods for elucidating the dynamics of chemical processes, particularly at surfaces and in condensed phases.

Tully devised the "Surface-Hopping" method for tracing out the multiple molecular pathways that can arise when electronic transitions accompany chemical reactions. He subsequently reformulated this method to include quantum mechanical phase coherence, thereby expanding its applicability and accuracy. He generalized and established the rigorous formulation of the "Diatomics-in-Molecules" method for computing reactive potential energy surfaces, providing the basis for its widespread use in chemical dynamics. He pioneered the application, in gas-surface dynamics, of the "Generalized Langevin" approach for focusing computational effort on a local region, while properly accounting for interactions with the surroundings. He formulated the theory of neutralization of ions at surfaces, and developed a "complex scaling" theory of the lifetimes of excited electronic states near metal surfaces. He derived and implemented an ab initio theory of chemical dynamics at metal surfaces that accounts for energy exchange due to the excitation of de-excitation of electron-hole pairs.